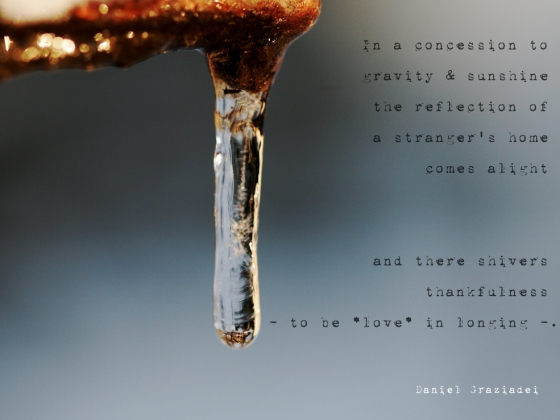 I will continue with my mix of poetry + photography. Enjoy your read!

How – against media bias – we had a friendly demonstration 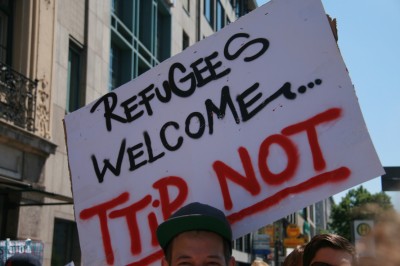 Thursday, 4th of June. Protests against G7 and all the hypercapitalist hubris that comes with it. Munich, Bavaria, Germany. 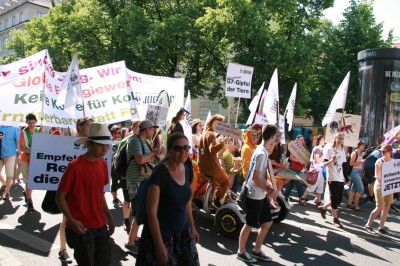 A leftist newspaper titles a section: “Rowdies desperately wanted”. Riotpolice stand idle in the shades of trees, like tiger watching lambs. But, against all the tales from the interior ministry, happily lapped up by the simply-not-minding-to-get-out-and-do-their-job-in-an-investigative-manner media, there are no bad sheep on these streets. 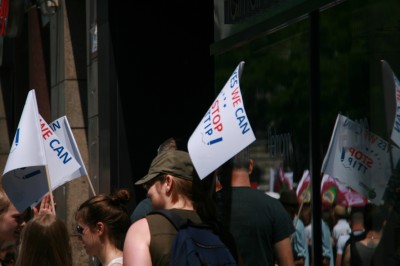 There are old men and old women in traditional dresses, there are parents with children, children with parents, boyz n girls, there are many young people, costumes, elaborate constructions, small cardboards, there are voices, many many different voices. 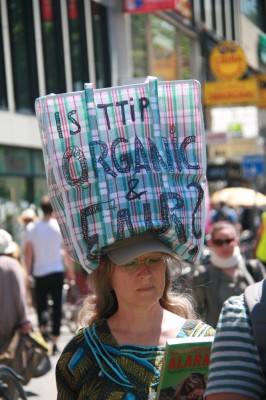 And they feel that they will be heard, even without shouting. 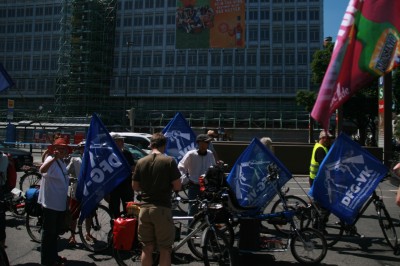 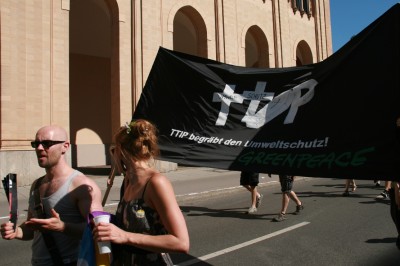 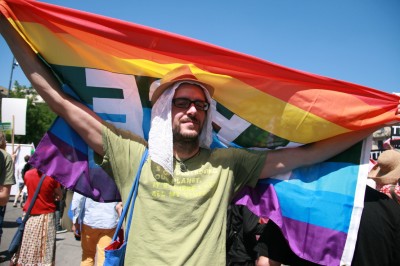 Because we are many and we are creative. 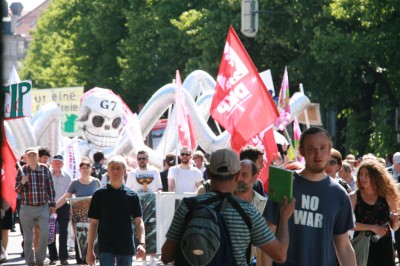 Because we are combining so many small fights into this big battle. 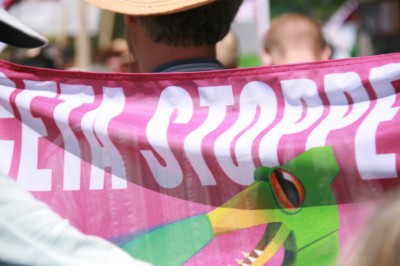 Because we do it without fuss, hate or violence. 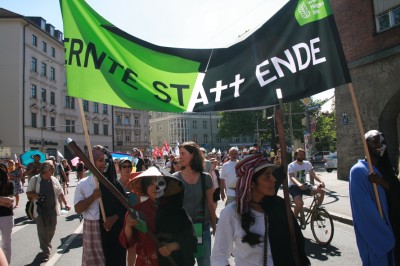 G7 confronts us directly with our system of consumption, hierarchical domination and international politricks. 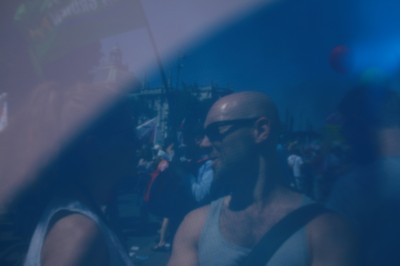 With 7 bullies thinking to rule the world due to a mixture of colonial legacy, imperial primacy and a perspective on the country that is merely economical in its exploitative capitalist way of measuring. Otherwise, these would not be the seven greatest. 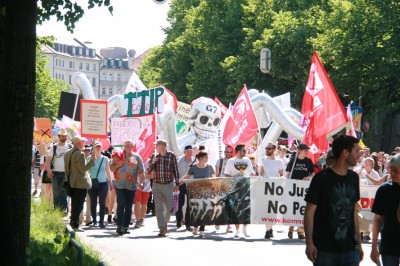 But it is them. It is our democratically elected leaders behaving like kings and queens of the world. The greed for endless growth combined with the fear of loosing an election every four years, what a bad coupling. We can imagine better forms. 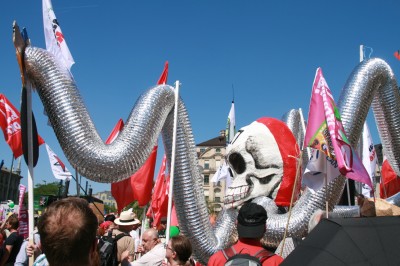 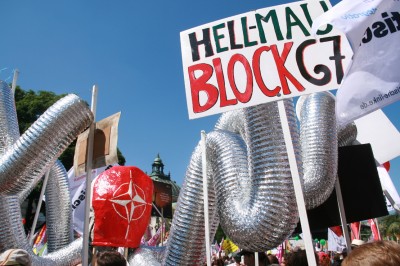 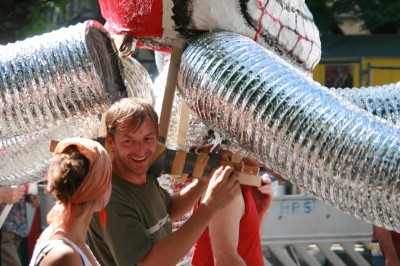 And we are here to say ¡STOP!. Stop the confluence of big business with big politics. These politricks are just not good enough for us. You “don’t sell our democracy”. 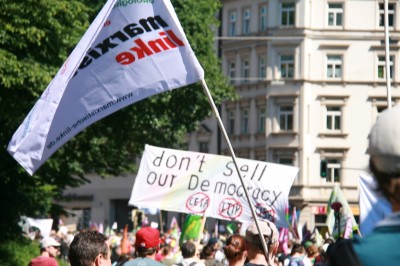 There marches a joke and the joke starts like this:
“7 Bullies walk into a German castle…” 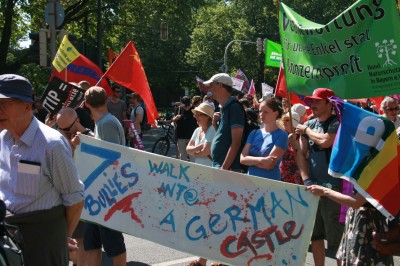 and ends in creativity, exchanges of ideas, fundraising, good vibes and a lot of understanding. There is a high sensitivity that the problem is enormous, that we must act now and that we have to cover all of the problems. 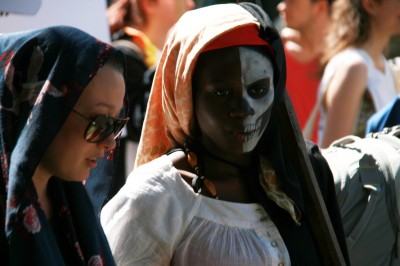 That we have to work on it from every side and every corner at the same time. Inside, outside, all along, far and wide. Because people are dying right now in deserts and on seas because of this senseless greed. 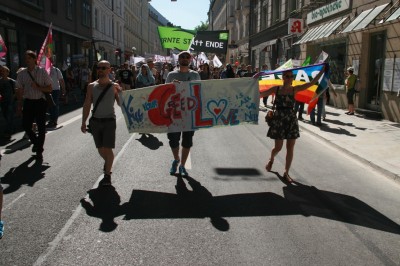 So this is what we ask for. Peace. A world with less greed and more love: “Kill the greed – Love is all we need”. 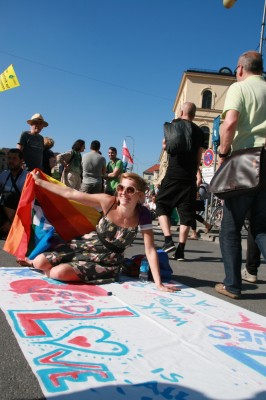 When evening comes, the sunny protests are done. 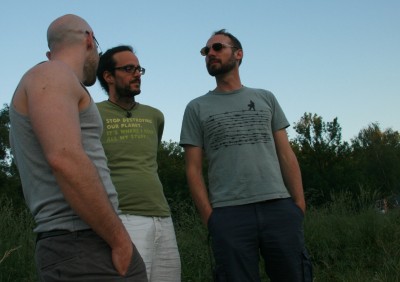 The Isar continues to flow like a wild/tame river, renaturalized, meandering through Munich. 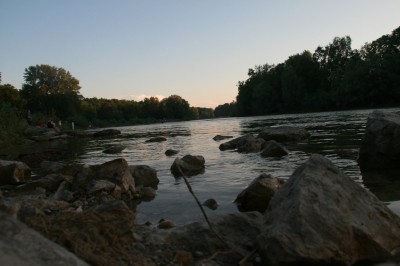 Sun sets. It feels like everything is gonna be alright. 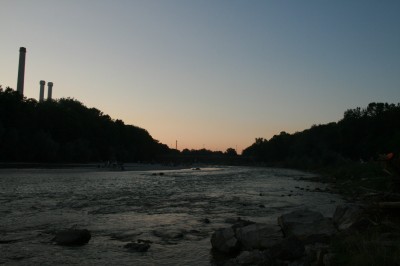 soul in a human being

who likes to express itself

through sound, word and picture